How We Helped Diane’s Ailing Mother

Diane is a young Cameroonian Marketer living in the UAE. She has a good career and financially comfortable to take care of herself as well as her family back home in Cameroon.

One day, all of a sudden, Diane’s mother fell seriously sick. Diane in the beginning didn’t have much of a problem because she was able to send some money back home for her mother’s medical coverage.

At home, Diane’s family members are all taking care of mama, but there’s just so much they can do, due to technological and time limitations, and none of could accurately explain the mother’s medical condition to Diane.
Diane became so worried and stressed, she could not obtain permission from her employers at the moment to travel home, so she was very stressed and became distracted at work.
While browsing through her phone one day, Diane came across #Klarah on Facebook. It’s a Homehealth tech company. Diane decided to contact them if they can be of any help in her mother’s situation.
Diane subscribed to klarah and immediately Klarah caregivers went to Diane’s family home, where the mother was. They met her in a critical condition, they immediately got the doctor to see her, the doctor prescribed medications for mama and wrote a medical report.

Klarah was able to communicate all these to Diane and told her the state of her mother’s health.
The caregivers started medical visits to mama at home and amongst other things, monitoring mama’s health. They were able to make sure mama follows prescribed medication and proper nutrition.
Diane this morning is so happy, she is no longer stressed and she was able to talk to her mother on a video call, and mama was just from doing her morning exercise with the klarah caregiver. Mama was doing so fine that Diane gave a big smile. Diane is so happy that she found klarah and for their timely and uninterrupted intervention in her mother’s health.

Most of us are going through stress and worry because of the health conditions of our relatives back home, with limited medical attention.

If you are Diane and require help, click here to register as an angel

← Prev: Telltale signs your loved one requires home healthcare 10 secrets your mother is not telling you but she wished you knew about her health → 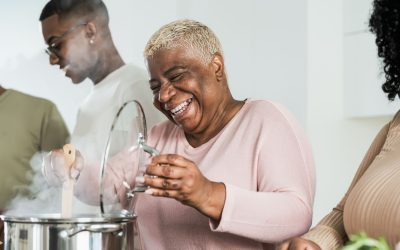 Having a home health care professional should not only come to mind in case of emergencies or health needs necessitating hospitalization. Many seniors can benefit from regularly scheduled visits from a home health caregiver to monitor their health, follow up doctor's...